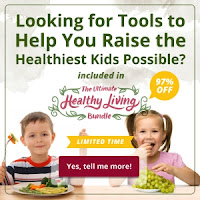 Thank you for visiting our site today!
We would love for you to sign up for our email list and
join our Facebook page so that you don’t miss any updates!

Disclaimer: This post really has nothing to do with natural living; however, I hope that it will help some of you who will be dealing with this same decision.  I also hope it gives you a glimpse into the family behind Lexie:Naturals. For privacy's sake I will refer to my daughter as E.  I have included affiliate links in this post which means that if you purchase something through a link in this blog I will get a small percentage (at no extra cost to you).

I love to teach, and I plan on homeschooling our children!  My husband and I are both teachers, and I taught for 4 years before staying home with my children. So why am I sending my 4 year old to Kindergarten?  Don't I know it's better to hold her back a year until she's more mature?  Why don't I just homeschool her now?  I'm so glad you asked!  :)

This is a decision my husband and I have discussed together, discussed with other teachers and family members, and prayed about for a long time.  We made this choice for OUR family and for ONE of our daughters.  Our final decision was based on the following reasons working together as a whole and not just a few of them singled out.  If any piece of this puzzle had been different our verdict would have had a different outcome.

If you want to read about another family who made the opposite decision, click on over to my friend at The Humbled Homemaker and read Erin's story.  Our daughter's were born the same summer and in the same city!  They've been friends since before birth but will not be in the same grade.
1.  I'm not trained to teach a child to read.  Let me clarify that I'm sure I could teach E to read if I tried (she's actually starting to already).  I am just not trained to do so and it makes me very nervous.  I know that there are great resources out there like Teach Your Child to Read in 100 Easy Lessons; however, I am not yet confident in myself in this area. I feel like if it were up to me to give her a good foundation in reading I would fail. E started going through the above mentioned book at The Culver Cottage School she attended 2 mornings a week during July, and I will be finishing the book with her as she starts kindergarten.  We will also be homeschooling her in later grades (grades that I'm more experienced with).

2.  She interacts better with kids who are older.  This has always been true of E.  When she was barely 2 she got moved up a level in the nursery at church because she kept biting the younger kids - it worked.  There are countless stories like this one.  She thrives on being with older kids (this is even true in her gymnastics class).  Since she will turn 5 a few weeks after starting kindergarten, she will most likely be the youngest in her class.  We feel like this will actually help her and not be a hindrance.
3.  She's independent and self-determined.  E has always been independent and able to play by herself, make her own decisions, and not rely on someone else to tell her what to do next.  Every single time we have "done school" together this past year has been because she initiated it.  She's almost always the leader in a group of children even if she's the youngest one there.  This ability makes us confident that she will excel this year despite her age.
4.  She's ready academically.  I've been told by multiple pre-k teachers (including her current cottage school teacher), kindergarten teachers, and first grade teachers that E is more than ready academically to attend kindergarten.  We've been doing 5 year old Staff and Rod workbooks with her this past year and she's easily completed most of the books.  She surprises me almost daily with her vocabulary and she taught herself how to write all of her letters and numbers just by looking at my examples.  I fear that if we wait a whole year to send her to school that she will be bored and not enjoy it as much as she would now.

Below are a some more facts that helped us with our decision. 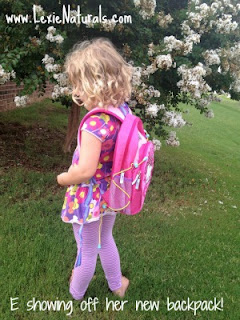 In the end, we may regret this decision; however, I really don't think we will.  It's what we feel is the BEST thing for us at THIS moment in time for OUR family... unless I get sick of waking up early and decide to un-enroll her at Christmas... kidding... sort of.

Don't forget to click over to The Humbled Homemaker to see why they made the opposite decision concerning this issue.


Update: E has been in school for a few months now and is thriving!  She has made several friends (everyone seems to love her) and she is excelling academically.  She hasn't gotten in trouble one time (which is a major deal if you know my child).  We volunteer often at her school (at least 1-2 times a week) and I am the room mom!  HA - if you know me, this is funny!  She is reading basic books and experiencing so much more than she would at home right now.  We continue to do her reading book with her (Teach Your Child to Read in 100 Easy Lessons), but she honestly would be fine without it.  We still feel like we will homeschool in the future, but right now she's staying put.

Update (9/2014): Our little 4 year old is now 6 and in the first grade.  She's still thriving academically and socially.  We found that we had to "push" her a few times last year when she was having slight difficulties with her friends being bossy (especially on the play ground).  It's so much easier to give her the confidence she needs than it would be to try to rein her in.  We still feel that if we had waited to send her, she would need to be "reined" in A LOT, and would probably be a behavior problem. We are still 100% happy about our decision.  We do feel that homeschool will be coming soon though (even though she LOVES going to school)!  :)

Update (9/2015): E is now 7 years old and in 2nd grade.  She's still very much thriving academically and socially.  She is now in the gifted program at her school and we couldn't be happier for her.  We do still feel like homeschool is coming soon.

Will you have to make this same decision, or have you already had to make it?   Leave a comment about what you will take (or what you took) into consideration. 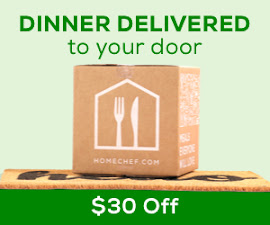